Our class of advanced English reading today is about the origins of the words ‘lesbian’ and ‘gay’ and the controversial question – is homosexuality unnatural?  But first, I’d like to answer a question you may have as you listen to my attack on discrimination against homosexuals. Am I, Rokeby Lynch, a homosexual?

To which I will give you a simple answer: no.

I did, however, once kiss a man, which I can tell you was the worst kiss I’ve ever had; rather like kissing a large bearded woman.

Which begs the question: why did I do it? Well, as I have no secrets from my students, I’ll tell you. I went through this terrible period of my life where I was taking a certain medication and, well… it sent me a little crazy. Or perhaps… a little gay. It should have been written on the side of the medicine packet: warning… this medication might cause mild homosexual behaviour. Well, anyway, I was in this bar and….

…Oh no…let’s just forget that story and get back to the origins of the word, ‘gay.’

Now, if you’ve ever studied English literature of the 19th century you will have seen the word ‘gay’ many times. In fact, it’s always a good laugh for adolescent students when they read sentences in these books like, ‘I feel very gay today.’ But I can assure you that in those days – the 19th century – they were not talking about sexuality.

And that’s what’s so curious … that for centuries the word gay meant “happy.” So what happened to change of its meaning to homosexual?

Well, what happened is that although the word came into English in the 12th century and its original meaning was ‘happy’… it also has a long history of meanings that go beyond ‘happy’.

The first sexual connotation we know of was in the seventeenth century when it referred to sex and pleasure in general … not homosexuality. ‘Gay’ was associated with people leading a life of excess … especially in terms of sex. For example, people would refer to a brothel as a ‘gay house.’

However, and this is very important, this sexual association stayed in the shadows for the next two hundred and fifty years and all its changes of meaning occurred within subcultures, while in mainstream culture, it continued to have the same meaning as always … ‘happy.’ Proof of this is the 1934 Fred Astaire movie, The Gay Divorcee – a film about a heterosexual man – not a gay one.

So, although the use of the term ‘gay’ for ‘homosexual’ in subcultures has older roots, it really began in earnest in the nineteen fifties when it became specifically applied to homosexual sex, and of course it was helped by the fact that homosexuality was illegal. Because of this, referring to a man as a homosexual was an accusation … which led to a number of euphemisms and nicknames… such as ‘gay.’ In the end, the final adoption and acceptance of the term – including by gays themselves – was its lack of bad connotations. Other terms like ‘queer’ are a bit offensive, while ‘homosexual’ on the other hand is too clinical. ‘Gay,’ therefore, with its connotation of ‘happy’, was a good choice.

So what about the next question… is homosexuality unnatural? A fascinating question that can be rephrased in the following way. Are animals gay? Is homosexuality solely a human phenomenon or is it in fact, part of the natural world?

Well, my friends, guess what… animals are gay. Very gay… extremely gay… in fact, totally gay. A 1999 study which collected together all available research on the topic reported observations of homosexual behaviour in over 1,500 species, ranging from sheep to worms. In fact, more recent studies aren’t so much about which animals exhibit homosexual behaviour, it’s more about trying to find an animal that doesn’t. It seems to be universal.

For example, scientists have discovered that 8% of sheep prefer to mate with the same sex… and simply will not mate with females. In other words it’s not just that they exhibit gay behaviour… they’re full on gay… they don’t like girls.

Penguins are also notoriously homosexual. There was a famous case in a German zoo where they imported a female to try and encourage mating, but the two gay penguins simply refused to break their bond and have sex. And then there’s dolphins… the only animal on the planet who engages in nasal sex. Yes, nasal sex. You see, of course, the problem for any homosexual species is the absence of female genitalia.  The Amazon River dolphin uses his gay lover’s blow hole – the dolphin equivalent of nostrils.

Homosexuality in nature even extends to the insect world. There’s a species of dragon fly which causes a specific damage to the female’s head while they have sex; and guess what… they find the same damage on a certain percentage of males, meaning it must be the result of gay sex.

So, it’s a gay world, my friends. But just because it exists in the natural world does that mean it’s natural?

Well, personally, I’ll go with the US supreme court. 14 US states used to have anti-sodomy laws – based on the fact that homosexuality was a ‘peccatum contra naturam.’ A sin against nature. In the case: Lawrence versus Texas, however, evidence of homosexual behaviour in animals was used to prove it was natural and the supreme court accepted the evidence.

It’s time now that those last remaining countries where there is discrimination, accept this evidence too, because the facts are clear: homosexuality is as natural as a summer’s day.

Okay, everyone, thanks very much. Now it’s time for you to do your writing task and give your opinion on today’s class. Visit our website – advancedenglish.net or our Facebook page – advanced English Ingocio, and write your thoughts on anything you’ve heard today – animal sexuality, human sexuality, or the specific question: should gay couples be allowed to adopt children? Goodbye. 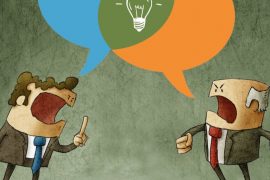 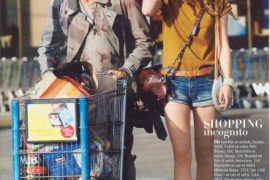 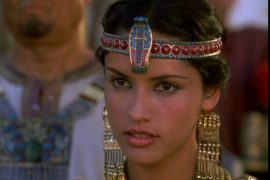