Hi, welcome to Culture Clash, the fast-moving Ingocio class which explores cultural connections. In most cases the places people and things we talk about are well known, but we start today with a word I’m almost certain you never will have heard in your life: luddite.

It is universally accepted these days that scientific knowledge is a good thing. In history, however, there have existed movements that were violently opposed to new technology. The classic example of this were the Luddites in nineteenth century England. At the beginning of that century a new technology was introduced in the textile industry which meant work previously done by skilled workers could now be done by machines. So what did the Luddites do? They went and smashed the machines. In fact, they went further, they armed themselves, and went around destroying entire factories. At one point there were more British soldiers fighting the Luddites than Napoleonic soldiers. But let’s face it, the Luddites are a thing of the past… we are now culturally conditioned to the idea that that’s what machines are for… to take our jobs. Even in the writers who point out the problems and contradictions of technology you can sense that deep down they love it. And there’s probably no greater example than Phillip K. dick.

Many of you may think that you don’t know the American writer born in 1928, Phillip K. Dick, but you are wrong. All of the following films are based on his work, Blade Runner, Total Recall, A Scanner Darkly, Minority Report, Paycheck, Next, Screamers, and The Adjustment Bureau. Despite the fact he lived in total poverty his whole life he has had incredible since his death, Stig Larson style. In 2005, Time magazine named Ubik one of the one hundred greatest English-language novels of the twentieth century. And here’s the thing, as the twenty-first century continues, his work – which deals with corporate control and technology – becomes ever more relevant. A drug addict and borderline schizophrenic who often had to live with his mum he was so poor, Dick was a great visionary and writer you will definitely enjoy. For an introduction to his work, watch Blade Runner directed by Ridley Scott.

Film director Ridley Scott comes from a film making family. His deceased brother, Tony Scott, directed commercial hits such as Top Gun and Beverly Hills Cop 2. His two sons, Jake and Luke are both highly acclaimed commercials directors and Jordan Scott, his daughter, is also a director. Ridley, however, has always been the most successful, and considered a more intelligent director than his brother. His filmography includes the first Alien film, Gladiator and Thelma and Louse. Prometheus – a failure in my opinion – was released last year. And just in case any of our listeners are wondering… the name Scott does not mean that he’s Scottish… he’s definitely English. The surname Scott has in fact graced some of England’s most well-known figures such as Scott of the Antarctic.

Robert Falcon Scott – otherwise known as Scott of the Antarctic – is definitely up there with Wellington and other English heroes you need to know about if you want to know English culture. As his name suggests his fame stems from his exploration of the Antarctic, but unlike many of our national heroes he’s different because he actually failed in his mission. He led the Terra Nova expedition in  1910 with the aim of being the first man to reach the South Pole. He arrived at the South Pole, but unfortunately a Norwegian, Roald Amundsen, had already made it. On their journey back, Scott and all his team then died of either exposure, exhaustion or starvation… or all three. 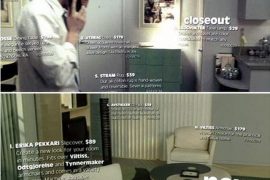