In today’s class of advanced English Vocabulary with Vocatic, we’re going to talk about one of the most mysterious phenomena we experience in our lives: dreams. We also hear about the origins of the Ingocio logo and its relationship with dreams. Before we examine the phenomena more, however, let’s study five words of advanced English vocabulary.

But first, let’s take a couple of minutes to explore the mysteries of advanced English vocabulary.

They are supposed to keep bad dreams away. OK guys, yes, it’s time for me again to promote my theory that phrasal verbs aren’t so difficult, because here we see another example: ‘Keep + away’. Obviously, the addition of away means to maintain something distant from someone – just like ‘go away’ or ‘stay away.’ Use the word: What do you use to keep away mosquitos?

Well, folks, it turns out that Rokeby’s mum is a lesbian. We have previously done the phrasal verb turn into  which means ‘become’ today we’re doing ‘turning out’  which is more how things are developing or ending up. If you say ‘it’s turning out to be a sunny day’ you mean that in the beginning it wasn’t nice but now it is. Use the word: Is your life turning out how you expected it?

The one with the logo of a Peter Pan style figure. What I would like to bring to your attention here is the use and position of the word ‘style’. If you want to say something is in the style of someone else you put it after the noun. He flew – superman style – across New York. Use the word: Do you like to kiss people Eskimo-style?

She’s the living proof that the girl next door is always sexier than the artificial model. ‘The girl next door’ ‘_’ is a common expression that is used in a several different contexts. The meaning is almost always the same, though: an everyday girl that is not particularly different from others. Use the word: Do you prefer models or the girl next door (or the boy next door?)

Released in 2010, it immediately debuted at number 1 on the American billboard charts. ‘Charts’ is a business English word that we associate with graphics and tables. In this class, however, it refers to the system of identifying which book, film, app or song, is selling the most. Use the word: Which band or singer is top of the charts at the moment?

They’ll have a pretty good idea. ‘Pretty’ means beautiful,  but only for a woman, by the way. Pretty + another adjective, is different however. It is means ‘quite.’ Use the word: Are you pretty clever when you need to be?

E.g. “The birds wings produced a powerful gust of air.”  A gust – una ráfaga – of air will come through the door if you suddenly open it on a cold windy night. Use the word: Do you like gusts of air more in the winter or summer?

E.g. You’re looking at a swirl of images and narrative trying to impose meaning. Swirl – remolino – has the literal meaning of something circular, in motion. However, as in the example just given it is often used for anything with a circular or rotation form which is difficult to see or interpret. Use the word: Does modern art look like a meaningless swirl of colour to you.?

E.g. “In dreams we travel to strange, shifting places.” Shifting – cambiando – is a word you use to describe something that is constantly changing. You can use it to talk about almost anything… for example – you could accuse your boss of constantly shifting strategies. Use the word:  Is your company constantly shifting from one strategy to another?

E.g. “It’s highly unlikely that you’ll win the lottery but it’s possible.”  Unlikely – improbable – is one of those non Latin words that is little known by Latin students. It is certainly not colloquial or informal but unlikely is a lot less scientific sounding than improbable. Use the word: Do you think it’s unlikely you’ll be promoted this month?

E.g. “Brad Pitt refuted the charge that he was guilty of polygamy.”  To refute a charge – refutar – is the strongest possible way you can deny somebody’s accusation.  It’s not just that you believe it’s untrue but you completely and utterly reject it. Use the word: If I said you shoplifted when you were at university would you refute the charge? 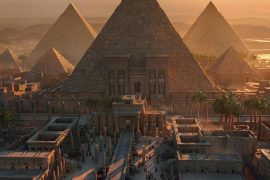